Our team at KMPH presents the most frequently asked questions from our customers on radar detectors and laser systems. Based on our thorough hands-on testing and reviews as well as customer feedback, we will assist you in making the best shopping decision.

You can also visit our buyer’s guides and news  for the latest police speed measurement technology as well as comprehensive reviews on radar and laser countermeasure systems. 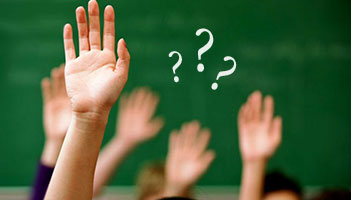 1. How does a radar detector work?

A radar detector scans for microwave frequencies transmitted by the police radar units or hand-held radar guns. The radar detector will give advanced warning so the driver is able to slow down before the officer is able to check the speed of the vehicle.

2. Are radar detectors legal in Canada?

Don’t worry if you live in the latter provinces on the list! Read on for our recommendations. KMPH ships radar detectors to ANY city in Canada (directly from Vancouver BC).

3. Can police detect my radar detector?

Ontario Provincial Police (OPP), Quebec Police (Sûreté du Québec), and RCMP across eastern Canada use Spectre radar-detector-detectors (RDD). Spectre RDD will notify the officer if a radar detector has been detected near-by. Penalty includes a minimum fine of $350 in Manitoba, $170 in Ontario, and $650 in Quebec, and the radar detector will be confiscated.

See below for a list of stealth and undetectable radar detectors.

4. Which current radar detectors are undetectable?

Some radar detector models were discontinued in early 2017, but many others have also joined the competition for stealth. Uniden R1, Uniden R3, Redline EX, and NetRadar DSP add-on are the only stealth radar detectors undetectable to police Spectre RDD. They are recommended for Manitoba, Ontario, Quebec, New Brunswick, Newfoundland, Nova Scotia, and PEI.

Some other radar detectors are listed as “VG2 undetectable”. VG2 is an outdated technology as police agencies in eastern Canada have upgraded all to the newer Spectre 4 and Spectre Elite units. Models that are only VG2-stealth can still be detected by new Spectre RDDs.

5. My radar detector did not detect a police car. Is there something wrong?

If the police car does not have a radar unit, or the radar unit is not turned on, your radar detector will not pick up any signal.

6. What are the police radar bands used in Canada?

All radar detectors we carry on KMPH.ca are also laser detectors. However, police laser guns will not give any advanced warning, and if your detector goes off, it is already too late to adjust your speed. Chance of a radar detector picking up laser scatter signal from ahead is extremely low.

You need a Laser Defence System (jammer) to defend against police laser.

8. What are GPS features on some radar detector models?

Uniden, Escort Radar, and Radenso have incorporated GPS chipset into some of their radar detectors. No, we don’t mean GPS navigation like TomTom or Garmin. GPS functions on radar detectors are:

1. What's the best radar detector for Vancouver BC?

In the Greater Vancouver Region, police mainly use LIDAR in the city. AL Priority laser system will benefit much more than a radar detector.

A radar detector will be more useful on BC highways such as Hwy 99, 91, and Sea-to-Sky. We recommend the following high performance models:

Learn more about speed measurement and recommended countermeasure for BC.

Radar detectors are legal in Alberta. So you can use any radar detector based on your budget. Models supporting GPS Camera Database will be useful for those living in Calgary with fixed speed cameras. We can’t stress this enough – LOTS of laser speed traps from Calgary through Red Deer, Edmonton to Fort McMurray. Edmonton is also the capital of DragonEye LidarCam. We recommend AL Priority with front and rear laser protection. See laser FAQ for more details.

MultaRadar MRCD Photo Radar Enforcement in Edmonton – this is the new MRCD photo radar that is becoming widespread in Edmonton and other 780-area. You will need a MultaRadar / MRCD capable radar detector. Oops, Manitoba bans radar detectors. Make sure you choose from our of our undetectable models.

Winnipeg is also another city infested with DragonEye Photo Lidar, second to Edmonton. Only AL Priority can defend against it. See laser FAQ for more DragonEye details.

5. What's the best radar detector for Ontario and Quebec?

You already learned that the provincial laws ban radar detectors in Ontario and Quebec. And the OPP and SQ use Spectre RDD to catch detector users. No sweat! Follow our recommendation for a stealth radar system. We have stealth detectors from Uniden, Radenso, and Escort Radar.

OPP still uses K-band, so remember not to turn it off on your radar detector.

In Greater Toronto Area and Montreal, just like any major city in Canada, use LIDAR extensively to nab speeders in urban area. Invest in additional laser protection. Same as Ontario and Quebec, you need an undetectable radar detector for Newfoundland, New Brunswick, Nova Scotia, and PEI. Follow our recommendation for a radar system invisible to RDDs.

Police handheld LIDAR (laser) is becoming more widespread in Atlantic Canada. RCMPs have been spotted operating handheld DragonEye, which is known to be the most difficult laser speed gun to detect and defeat.

1. What is a laser jammer and how does it work?

Let’s start with a little intro on police laser technology. A police LIDAR (laser) gun sends out IR pulses as the officer pinpoints the target vehicle. The laser gun then receives the reflected pulses and uses the timing data to calculate the speed and range of the car. It takes about 0.5 second to acquire target speed.

Laser jammer, also known as laser defense, blocker, shifter, diffuser, etc, is designed to complement the shortfall of a radar detector’s laser detection. A laser jammer equipped on a vehicle constantly scans for IR pulses from a firing police laser gun. When hit by a LIDAR’s pulses, the jammer will transmit much more powerful signals back to the gun and prevent it from calculating a speed measurement. The driver can slow down in the meantime.

See a real-world laser encounter captured on dashcam below:

2. Are laser jammers legal in Canada?

There is no federal law in Canada against the ownership or use of a laser jammer. It is simply an infrared transceiver (receive and transmit with laser diodes) using Class 1M eye-safe pulsed laser with 904nm wavelength.

3. Are laser speed guns used in my city/province?

It’s not difficult to spot and identify a LIDAR (laser) gun from conventional radar. Laser speed traps are used across Canada, especially heavy in BC, Alberta, Saskatchewan, Manitoba, Ontario, Quebec, and Atlantic Canada. AL Priority is Antilaser’s 12th generation multipurpose laser defence and parking system, and it has been tested and ranked to the best from 2014 through 2019.

Up until late 2016, AL Priority remains to be the only laser system to defeat DragonEye and Laser Ally laser guns, which have now become widespread throughout BC, Alberta, Manitoba, Ontario, and Atlantic Canada. Learn more about AL Priority by clicking the link below.

5. How do I choose AL Priority model and how many sensors?

AL Priority, in regular, HiFi, or Bluetooth version, allows up to 6 laser sensors. (3 front 3 rear) Since the introduction of the new ALP TX Sensor, we have released a new buyer’s guide for configuring your sensor requirement.

6. So laser jammer exists, what about Radar Jammer?

There is no effective radar jammers available in the application of radar speed countermeasure. It is also highly illegal to broadcast or transmit microwave / radio wave without a license in Canada and the USA. You simply need a good radar detector to pick up a signal from a good distance away.