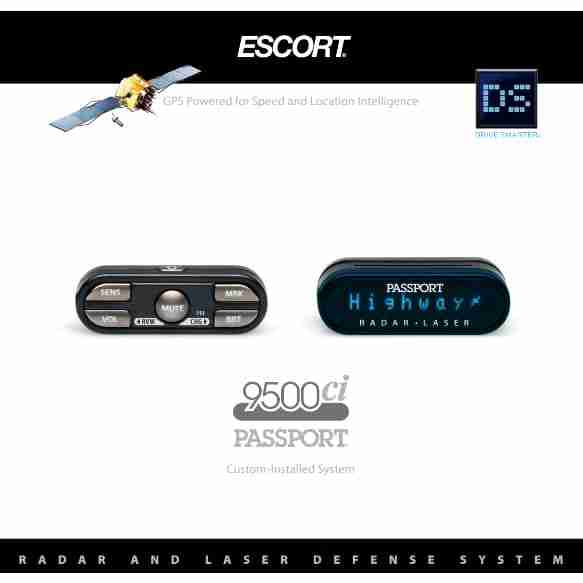 Escort Passport 9500ci has been discontinued. New MaxCi does not live up to its hype, lacking MRCD photo radar capability and poor jamming performance against photo LIDAR.

Note that the 9500Ci Pro / Platinum FAILS to detect MultaRadar CD photo radar currently used in Edmonton and many cities in Quebec.

Only AL Priority Laser Defense can deal with DragonEye and Laser Ally variants.

Passport 9500Ci was the very first Escort system to feature a pre-loaded camera database for red-light and speed cameras in Canada and USA. GPS also allows the system to lock out and eliminate false X and K-band alerts automatically. This makes city-driving much quieter.

What do we recommend…

New variable-pulse-rate LIDAR / Laser guns are becoming more prevalent each day, and they are spreading across Canada. To properly defend against the latest Laser Ally / DragonEye LIDAR, we recommend the AL Priority over the Escort Laser Shifter Pro.

Be the first to review “Escort Passport 9500Ci-PRO” Cancel reply